At 1230 Saturday afternoon Station 51 received all call to assist the City Of Gastonia Fire Department with a Cessna 172 who's landing gear failed to deploy. 513 responded to the airport where the pilot was circling the runway, with only 1 tire partially deployed, waiting on emergency crew to get in place. Once all units were in place the pilot made his final approach and landed the aircraft on its belly. The apparatus responded to the aircrafts final stopping position, the found the pilot was uninjured and minimal damage done to the aircraft. This was a bad situation that could not have gone better do to the pilots experience and the emergency crews on the ground. Units that responded included City Of Gastonia Ladder 4, Ladder 3, Engine 7, New Hope Fire Department Tanker 50, Union Road Fire Department Tanker 513, GEMS paramedic units, and rescue support unit. 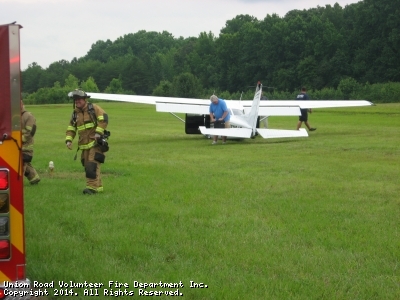 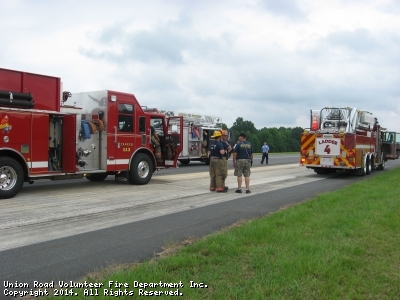 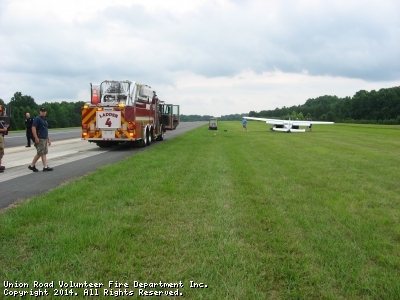 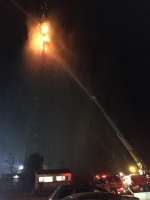 While on standby for The Lantern Festival at Carolina Speedway a few of the lanterns drifted into the cell tower on the property causing a fire to ignite some of the equipment. 518 on scene requested Ladder 51, Tanker 513, and Tanker 50 from New Hope VFD to respond.
Read more »
MVA with entrapment on Robinson Rd.

On Sunday at around 12:45 pm Station 51 was dispatched to a single vehicle accident with entrapment. 5100 arrived to find a single vehicle with heavy damage. 1 patient out of vehicle and 1 patient entrapped.
Read more »
House Fire on Robinson Rd. 11-25-2014

At 3:25 PM on Tuesday November 25th, 2014 Station 51 along with Station 50 and 55 were dispatched to a house fire on Robinson Rd. First arriving units arrived just minutes after dispatch to find a single story residential structure with heavy smoke showing.
Read more »
House fire On Lindsay St.
Station 51 was dispatched to a house fire on Lindsay St at 01:11 AM this morning. 513 arrived on scene to a fully involved house fire. crews made an aggressive attack on the fire which ended in a successful knock down.
Read more »
Emergency aircraft landing

At 1230 Saturday afternoon Station 51 received all call to assist the City Of Gastonia Fire Department with a Cessna 172 who's landing gear failed to deploy. 513 responded to the airport where the pilot was circling the runway, with only 1 tire partially deployed, waiting on emergency crew to ge...
Read more »
Barn fire assist Station 55
Early Monday morning Station 51 received a call to assist station 55 with a barn fire. Engine 55 arrived to find 2 barns fully involved and a third barn that was partially involved. 513 responded. Upon 513's arrival, 513's crew assisted in suppression efforts and overhaul.
Read more »
House Fire assist station 55 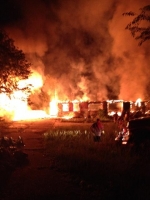 Around 20:30 Saturday night Station 51 along with Station 50 and Station 55 received a call for an abandoned house on fire. 5502 located the structure at the end of Huffman Rd. He found a well involved abandoned structure, initial units attempted to control the fire, but the fire had already consu...
Read more »
Assist Station 55 with an overturned tanker truck

Station 51 was dispatched to assist station 55 with an overturned tanker truck on highway 321. 51's crew assisted with controlling the fluid spill and providing man power units were on the scene for about 5 hours.
Read more »
Assist Station 55 with a fire at Valley Protein

On Sunday morning Station 51 received a call to assist Station 55 with a commercial business fire at Valley Protein. Tanker 513, Rescue 519 and QRV-51 were on location. 51"s crews assisted in suppression of a fire inside a hopper.
Read more »
Structure fire

Station 51 was dispatched to a Structure fire involving an outbuilding on Fairgreen Dr. 513, L51, Engine 55 and Tanker 50 responded. 513 arrived to find a working fire in an outbuilding that had collapsed prior to units arrival.
Read more »
Woods Fire 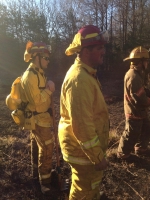 Station 51 responded to a woods fire Thursday afternoon, Arriving units found a 1.5 acre woods fire actively burning. Due to the location of the fire, it was difficult for crews to gain access to it. NC Forestry F1 responded to the scene and assisted with the suppression of the fire.
Read more »
Service call

Station 51 was requested by Car 3 to responded to a spill in the roadway causing a hazard for drivers. 518 and 513 responded. upon our arrival it was determined that the substance in the roadway was animal by-products and was causing the road to become slick.
Read more »
Assist station 55 with a brush fire

Station 51 was dispatched to assist station 55 with a 2 acre brush fire. 518 intially responded to the call. While enroute to their location 55 command requested 513 and engine 8 to respond for water supplies.
Read more »
MVA with injuries 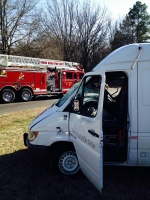 While 513 and 518 were out assisting station 55 with the woods fire, station 51 recieved another call for an MVA with injuries on Union Rd. When Ladder 51 arrived on scene they found a Fed-ex van that had over turned and landed back on its wheels.
Read more »
Assist station 55 with a wildland fire involving a structure

Station 51 was dispatched to assist station 55 with a structure fire. Upon 5500 arrival he witnessed an abandoned mobile home and approximately 5 acres burning. Station 51 already had Tanker 513 en route to their location, they requested that 518 respond also to assist in suppressing the wildland f...
Read more »
Assist Station 55 with brush fire

On Saturday Station 51 was requested for assistance from 55 command reference a 2 acre brush fire with a barn involved, Tanker 513 and Brush 518 responded
Commercial Fire with Gastonia Fire Dept.

On the Morning of Saturday April 13th 2013 Gastonia Fire units were dispatched to 1925 West Poplar St for a reported smoke coming from a large warehouse. First arriving units reported smoke showing and set up for a offensive attack.
Read more »
Roll over on Akinbac

Station 51 was dispatched to a single car MVA rollover. Ladder 51 and squad 519 responded and found 1 vehicle on its roof in the middle of Akinbac RD. There were a total of 2 patients involved and both were free from the vehicle upon ladder 51's arrival.
Read more »
2 Car MVA at Patrick and Meek Road
The 51 House was dispatched to the intersection of Patrick Rd and Meek Rd in reference to a 2 car MVA with injuries. Ladder 51 and Squad 519 responded to find 1 vehicle with moderate front end damage and the other vehicle on its side.
Read more »
URVFD Called to assist New Hope VFD with MVA

Units were dispatched today to assist New Hope VFD Sta. #50 with an MVA with Injury possible entrapment. L51 checked enroute to the scene and NHVFD Chief 5000 advised that we were the only unit responding at this time due to NHVFD units being tied up on another call.
Read more »
1 of 32 of 33 of 3
43 entries in the Call history
Picture gallery 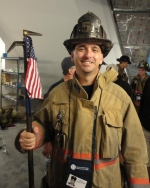 This site has been viewed 790,078 times.
Calls
News
Pictures
Apparatus
Maintained by the members and staff of Union Road Volunteer Fire Department Inc.. Designated trademarks and brands are the property of their respective owners. Copyright © 2006-2022. YourFirstDue Inc. All Rights Reserved. Content on this web site is supplied by Union Road Volunteer Fire Department Inc.. YourFirstDue Inc. cannot be held responsible or liable for any content, text, pictures, or any other media found on this web site.
Management login
Powered by